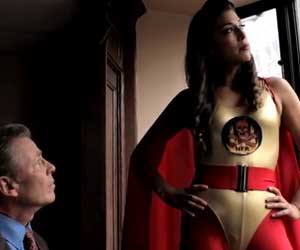 For four years now, Californians for a Healthy Green Economy (CHANGE) and Physicians for Social Responsibility – Los Angeles (PSR-LA) have grown their multi-media campaign “The Toxies” to educate consumers about the hidden yet pervasive toxic chemicals that surround us every day at work, in the home, and outdoors. By putting an awards-show, red-carpet glamor on the annual awards event, the campaign gains both on-site public attention as well as a larger reach online to both the professional industries and the consumer.

Each year, at least one Toxie winner – often more – have come from the cleaning world, and the 2013 awards was no exception. Three rise to the top as major offenders among the various segments of the cleaning industry:

Because Yellow Soap is not required to follow the US Hazard Communications standards – that is, Yellow Soap has no MSDSheet – the cleaning industry is having a difficult time identifying the specific toxins in the product. Worse yet, Yellow Soap is omitted from the currently Safe Chemicals Act under consideration by Congress, which means neither professionals nor consumers will be protected from it. Read more about Yellow Soap.

BPA – while the potential for damage by BPA to the reproductive system is increasing as common knowledge, the continued pervasiveness of BPA still catches many off guard. Many manufacturers have switched to BPA-free containers for their chemicals, but often equipment manufacturers don’t have that luxury.

BPA remains a common ingredient in many of the large containers, plastic handles, hand-held tools, and mechanical equipment used in the cleaning process. Read more about BPA that will surprise you.

Flame Retardants – Certainly our fire restoration specialists will be quite familiar with the dangers of flame retardants in their segment of the cleaning industry, but all segments that come into contact with fabric-based and upholstered furniture, draperies, and pre-fab furniture. Why? Because nearly all of it has been treated with flame retardant chemicals.

While adding a toxin may make it less likely that these items will contribute to a fire, that same flame retardant toxin is a regular hazard to the cleaning technicians and upholstery specialists charged with keeping those items maintained. Read more about the hidden dangers of Flame Retardants.

Other Toxie “winners” include several classic contaminants like Lead and Mercury as well as some emerging stars like the Fracking Chemical Coctail and the new pesticide Chloropicrin.

Click here to watch all of the 2013 Toxies Webisodes.

If you've had my cooking or heard me sing, you've shared some of the happiest and most memorable moments of my life. But if you've been lucky enough to listen to me sing while I cook, well, then you've seen the real me. And if you've sung and cooked with me, you know what being loved by me is! View All Posts

Lost? Stumped? Otherwise Out in Space?